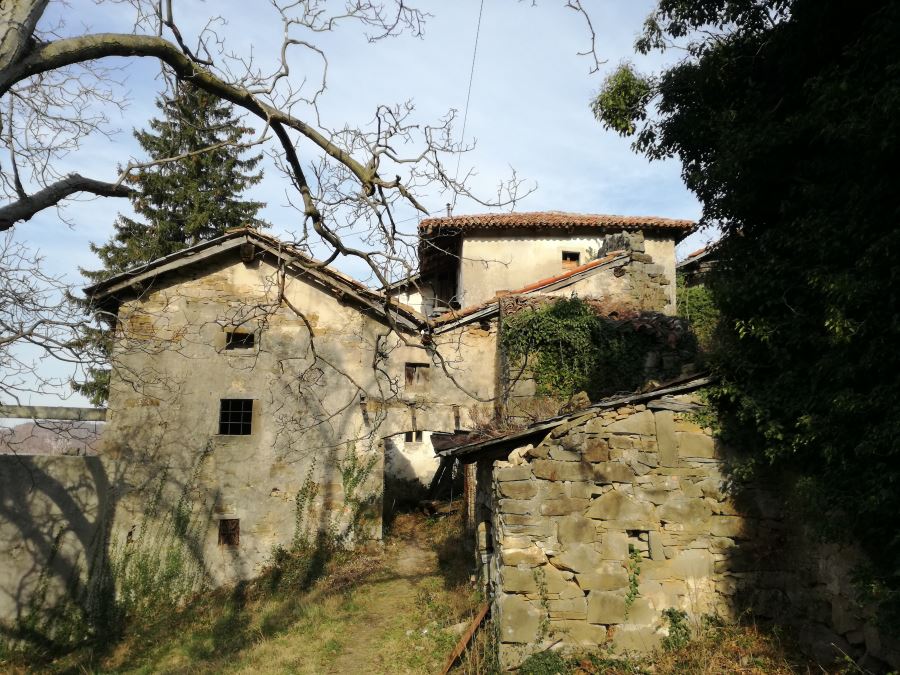 Slapnik, a picturesque tiny village on Slovenia’s western edge underneath of Korada hill, has been abandoned and ruined for decades. It is the only entirely abandoned village in Brda region which is a hot spot for orange wine. A settlement with 17 houses once had 80 residents but it lost its population due to larger Slovenia towns and immigration to USA, Argentina and Australia after WW2 when the border between Italy and Yugoslavia (now Slovenia) was set. Around the time Slovenia became an independent country in 1991, Slapnik last residents either moved out into the neighboring towns or simply passed away.

Since 1985 it has been designed as part of Slovenia’s immovable cultural heritage of local importance due to its unique architecture. Get amazed by interesting motifs and stone cutting-details on the houses and outbuilding which tells you a story of well-off farmers who were dealing with wood, olive oil, wine and chestnut, and left the village in search for a better life around the globe.

The villagers were very connected and old generation passed the knowledge and new skills to the young generation.

BBC will film a reality show in Slapnik

Slapnik, one of 57 abandoned Slovenian settlements, is a truly sleeping beauty waiting for a prince J. Well, this prince will hopefully come this April. BBC is planning to start filming a reality show in Slapnik with the aim to revive run-down village of Slapnik in front of the cameras. In the show 17 couples from Europe will be renovating the houses using the material available in the village with the support of construction professionals. This will not be a typical reality show, where competitors fall out, but everyone will remain in the show all the way to the end. After the filming the area will develop into a diffuse hotel for guests. The final prize for the winning couple will be one million euros. For the realization of the reality show, the budget is 7 million euros, and 1 extra million more will be needed for the final reconstruction of the village itself. The project will include the Slovenian filming crew and Slovenian architects. The reconstruction project will be prepared and supervised by architect Aleš Prinčič (Alessio Princic), who 30 years ago wrote a thesis on the topic of architectural specialties of Slapnik village. The mentor in the field of organic farming and self-care will be Anton Komat, while the famous Slovenian chef will also participate in the show. The show itself will be broadcast on television for three months and will be filmed for three or four months. The reality show will promote Slovenia and the beauty of Brda region around the world.

There is one obstacle. The renovation of the village of Slapnik (17 empty houses have 30 owners all around the globe!) will begin when the last house is bought from the owners otherwise the crew will start filming reality show in Spain.

How to reach Slapnik village?

Slapnik is accessible from the road Vrhovlje-Korada. It is 17 minutes drive from Nova Gorica, 15 minutes drive from Dobrovo, the main town of Brda region, or 10 minutes drive from Herbal Rooms Homestay (https://slocally.com/herbal-rooms/) in Soca valley. Park your car at the parking place and take the gravel road on your right side. After 1 kilometer you reach Slovenia’s most picturesque ghost town of Slapnik. Empty ivy-covered houses stood in a row hidden from public view. Some of them were still tightly padlocked while the others were in a rather advanced state of decay. Doors were left open. Walk under the vault where the “Passage on your own responsibility” warning appears. It seems the village has been waiting patiently for somebody to breathe life into it again. In completely overgrown yards you can encounter an old handset, pots, pans, an old stove, and personal belongings like books, torn shoes. Once you come here you will ask yourselves who lived here, what people did for living and why they left their houses in search for a better life. The village of 2km² has been abandoned for decades.

With its unique architecture, interesting location, unspoiled nature, fertile soil, picturesque Slapnik offers a beautiful view of the neighboring villages. It is truly stunning place where it looks like we are going back to time. Slapnik is a perfect model of the restoration of abandoned villages in modern times.

Would you like to hear more about Slapnik? Book a local guide here.

But if you want to avoid the crowds, you are more than welcome to experience Herbal Rooms Homestay in Soca valley (a hill away from Brda wine region). 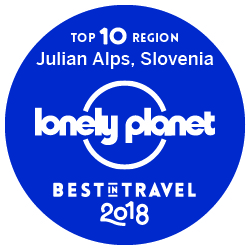